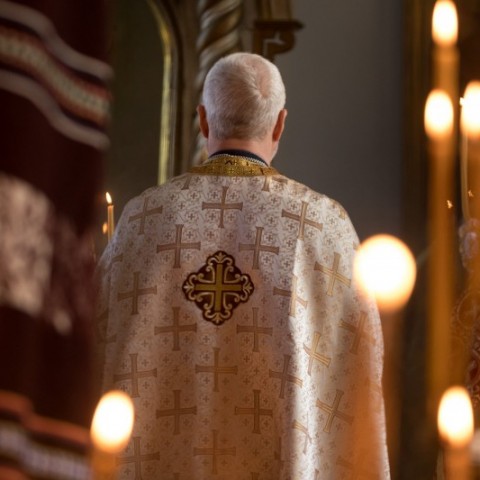 The Setos are an Orthodox Christian nation. It's believed that the Setos were Christianized already in the 10th century, though most began to adopt the faith after the construction of the Pskov-Caves Monastery in the 15th century. Apparently, they adopted their new faith peacefully, as the Orthodox Church has been relatively tolerant of older traditions. As such, the Seto's worldview has retained certain pre-Christian elements, for example, visiting certain sacred places -- the Miikse Jaanikivi (St. John's Rock) or the Silmaallikas Spring -- to improve one's health. The center of Seto faith is Pechory. In the Estonian part of Setomaa, there are 5 churches. There are also important tsässons, or village chapels, that serve as religious centers for local communities. Every church or tsässon is named for some saint and this saint's day is the biggest day of celebration for the local village.